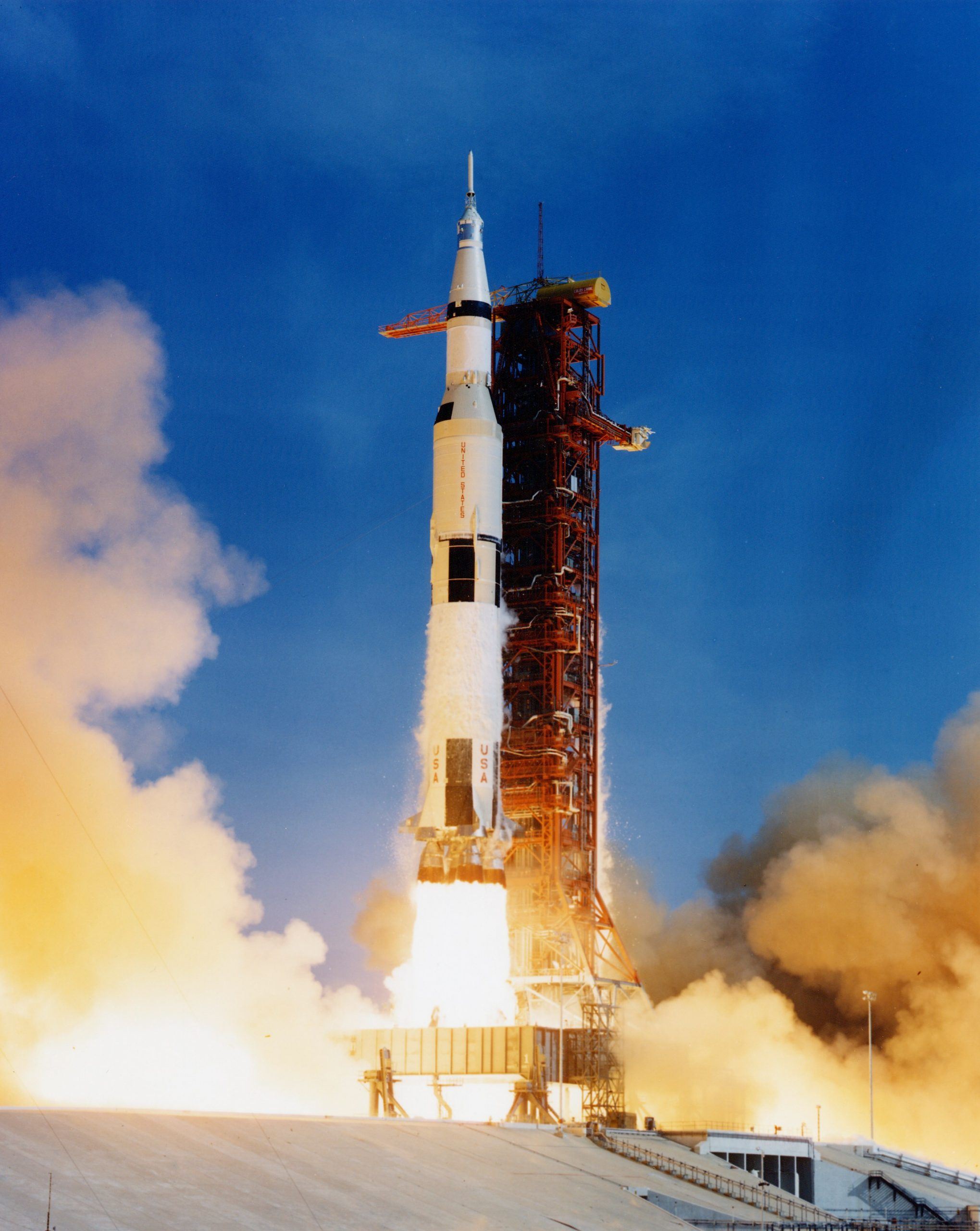 On July 24, 1969, Apollo 11 met President John F. Kennedy's 1961 challenge of "landing a man on the Moon and returning him safely to the Earth." The poster display Destination Moon: The Apollo 11 Mission explores what led the United States to accept this challenge and how the resulting 953,054-mile voyage to the Moon and back was accomplished just eight years after the program was authorized. Destination Moon examines the mission and recognizes the sacrifices and devotion of more than 400,000 people employed in NASA programs who worked through the trials, tragedies and triumphs of the 20 missions from 1961 to 1969 before Apollo 11.

Fifty years later, the Apollo program remains the benchmark for great national achievement. When Apollo 11 landed on the Moon and humans first set foot on another celestial body, it gave humanity a new perspective from which to view ourselves. Using this poster display, viewers will be able to look back at this historic mission, and hopefully envision the next generation of innovators, scientists, explorers and astronauts.

Destination Moon: The Apollo 11 Mission Poster Display is based on a traveling exhibition of the same name, developed by the National Air and Space Museum and the Smithsonian Institution Traveling Exhibition Service. The display is made possible by the support of Jeff and MacKenzie Bezos, Joe Clark, Bruce R. McCaw Family Foundation, the Charles and Lisa Simonyi Fund for Arts and Sciences, John and