This wooden pantograph is made up of four rectangular rods that when opened form a movable parallelogram. The pins that once held the rods together are missing and they are wired together with copper wire. The folded pantograph is approximately 16.94 inches by 0.87 inches by 0.39 inches. The pantograph has a few different uses; it can simply be used to draw parallel lines of varying distance apart, and it can be used for copying to scale and to reduce or enlarge scale.

In 1998, Anne McKoy Parks (1926) and her sister, Katherine McKoy Ehling (1928 to 1999), donated a collection of objects to the Cape Fear Museum. Some of the articles were owned by Henry Bacon, Sr. (1822 to 1891), the sisters' great-grandfather. A number of the objects, including a rule and pantograph, were used by Henry Bacon Sr. during his engineering career.

Henry Bacon Sr. (1822 to 1891) and his wife, Elizabeth Kelton (1831 to 1912), were born and raised in Massachusetts. After their marriage in 1855, the Bacons moved to Illinois. They then moved to Maine before finally settling in North Carolina in 1876. In January of that year the Army Corps of Engineers appointed Henry Bacon Sr. as the head engineer of the improvements for the Cape Fear River and its port in Wilmington. The family first lived in Smithville (now Southport), then later moved to Wilmington.

Henry Bacon supervised the building of an apron dam (known locally as the Rocks) at New Inlet in the 1870s and 1880s. New Inlet, which formed in the 18th century, caused the mouth of the river to silt up, decreasing the navigable channel, and restricting traffic size. The Rocks dam closed New Inlet.

In 1882, Henry Bacon Sr. moved his family from Southport to Wilmington. Bacon's son, Henry Bacon Jr. (1866 to 1924), became a well-known architect. Another son, Francis Bacon, was a prominent archaeologist and later a very famous furniture designer. In 1886, their daughter Katherine Bacon (1858 to 1949) married Wilmington lawyer William Berry McKoy (1852 to 1928); the couple lived in Wilmington until their deaths.

William and Katherine had five children. Their son, Henry Bacon McKoy (1893 to 1991), wrote extensively on the history of the Cape Fear region and authored a book about the McKoy family history. Their daughter, Elizabeth McKoy (1887 to 1984) also studied the colonial history of Wilmington. She constructed a model of the city that can be found in the Cape Fear Museum's collection. William and Katherine's youngest son, James (1901 to 1964) worked in theater. After retiring from the stage he moved back to Wilmington and opened St. John's Tavern Restaurant. Later, with his brother Henry, James converted the restaurant into St. John's Art Gallery. The building now houses the Wilmington Children's Museum. 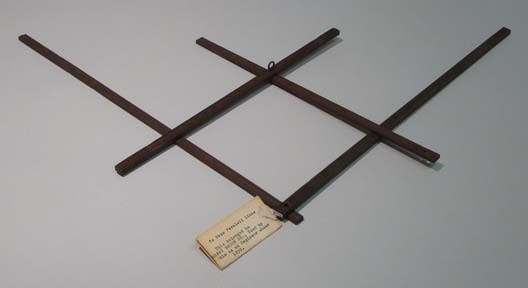