This handbill, issued by the U.S. government, features an image of a housewife wearing an apron and pledging, "I Pay No More than top Legal Prices, I accept No Rationed Goods without Giving up Ration Stamps."

The handbill was donated to the Museum in 1996 by Chris Fonvielle, Jr. (1953 to present). It belonged to his grandparents Wayne A (1894 to1960) and Pearle Fonvielle (1892 to 1969). The U. S Government issued these signs to discourage women from buying foods on the black market during rationing.

During World War II, American industrial and agricultural production shifted to support the fighting military forces. As resources were diverted towards this effort, the U.S. Government began rationing such things as gasoline, rubber, meat, and canned goods. Each person was issued ration stamps and tokens to use in exchange for these goods. 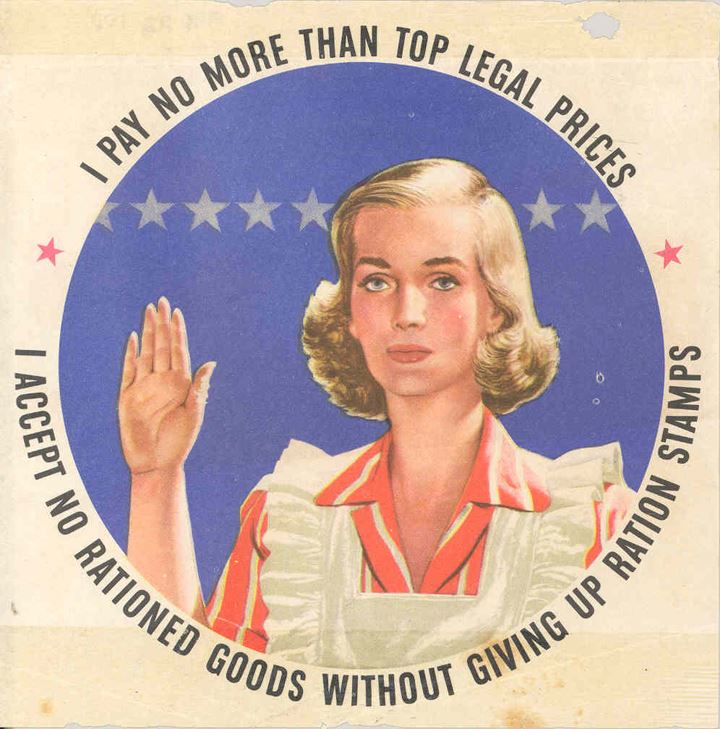