This Rubik's cube is a 2 and ¼ inch square. It is made up of multicolored moveable rows of squares. Each square is covered in red, white, yellow, green, blue, or orange vinyl. There are 9 squares on each side. Users try to make each side of the puzzle all one color.

This Rubik's Cube belonged to Harry S Warren. Warren grew up in Wilmington and worked at Cape Fear Museum for many years.

The Rubik's Cube was a huge fad. Invented by a Hungarian named Rubik in 1974, the cube has been frustrating people for more than 35 years. It was put on the Western market in 1980 and became an instant hit. More than 350 million cubes have been sold worldwide. 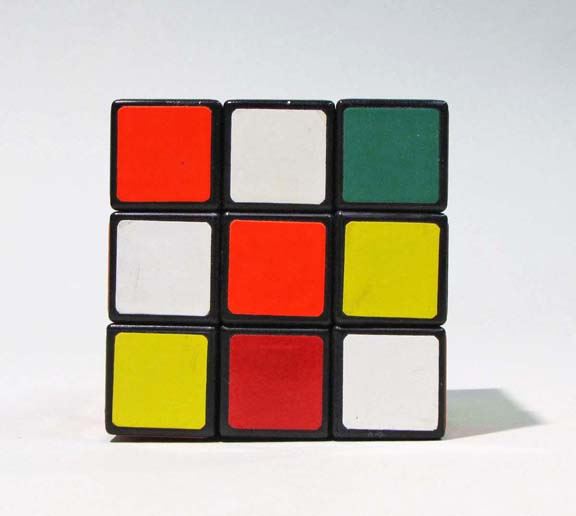